Wheat, the Staff of Life?

After listening to the Gluten Summit lectures online recently, it seems entirely clear. Wheat is NOT the staff of life. Not. Not. Not.

While there have been many things that discouraged me from eating Wheat regularly, I think this summit pretty much sealed the deal.

Dear Spelt, you too buddy.

So here’s the thing. Wheat is not Wheat anymore. Yep, the original grain that was grown in the Fertile Crescent in the Near East, was a different Wheat. What we now call Wheat has been modified into almost an entirely different plant. It’s kind of like a wolf in sheep’s clothing, or a lion in cat’s clothing, or a moose in … uh … you get the idea.  Our plant, er, Wheat-like plant, is bred to be drought-resistant, resistant to fungi and bacteria, and above all, to produce higher yields. This can be done only by changing the genetic code. There’s little about contemporary Wheat that was bred for health. Wait, I know that Wheat has saved folks from famine worldwide, and still does. I’m not knocking this one itty bit. For many, it is a life-saver. My issue with Wheat is, well, digestion.

So I’ve had digestion issues since I was a kid. It got really bad in high school, and even worse in college. In fact, it started migrating to other places. I was a piano major and I developed arthritis in my fingers. I was 20 years old. Soon after, I had episodes of feeling lost while driving (frontal lobe seizures?). I got lost in my hometown. The outcome of these things was to have MRIs, Cat scans, X-rays, blood tests, and talk therapy. Oh, and 10 aspirin a day. That was 1978.  Fast forward. I am an herbal clinician at CSCH in Boulder. I have spent a lifetime trying to get to the bottom of these health issues. I figured out about 6 years ago that gluten was killing me. I had the endoscopy, the usual blood tests, and everything was normal. I was told I had IBS, not celiac. It wasn’t until I did stool testing that my antibodies to gluten, dairy, soy and eggs showed up positive. I had not eaten Wheat or dairy in months. For me, gluten is a toxin.  What a shame that it took so many years to figure out. We have more research now available because there are so many of us affected by strange symptoms that point to gluten.

While we can continue to argue about whether gluten sensitivity is real or not, it often comes down to our personal response. The issue is an emotional one for many, and for good reason. Gluten operates somewhat like opiates do in the brain. We love the drugged feeling we get from gluten. We loathe giving it up even when our symptoms are killing us … slowly.

Let’s go back to whether Wheat is the staff of life. Uh, certainly not for me!  Certainly not for the 1 out of 133 folks with celiac disease, or the 1 in 20  non-celiac gluten-sensitive folks.  And these are just the current numbers. Our information is changing daily. While I am glad for those who can eat Wheat without consequences, I am hopeful that those who have not figured it out yet, will continue to explore the ever-expanding research on both gluten sensitivities, celiac disease and wheat allergies. 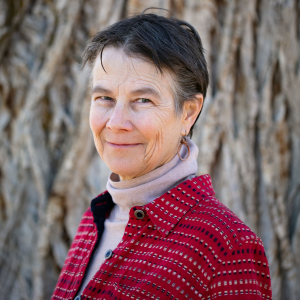